Defending the Castle during Coronageddon

MAYBE you have thought about buying a home defense firearm, but haven't gotten a- 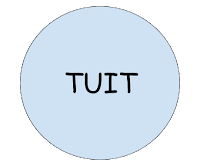 In view of the current worldwide pandemic, you may be ready to make the plunge, but don't know where to start.

Here are some ideas to consider if you are a newcomer. I am limiting this discussion to handguns and .22 rifles.

Double action revolvers - take your choice between Smith & Wesson, Ruger, Taurus, Colt, or ?
Caliber - .38 special, .357 magnum, or .22 LR. If you get a .357, get .38 ammo which will have much less recoil. At this time, you get what is available. Make sure you can buy ammo for the gun you are purchasing. There are other calibers available, but in today's market, you may have to take what you can get. The .22 is the least powerful of these, but is better than a snowball, and easier to shoot.

Semiautomatic pistols - I suggest go for a striker fired pistol from Glock, Smith & Wesson, Ruger, Taurus, or ?
Caliber -  9mm is the most popular, but shelves may be bare. Once again, make sure you can buy ammo for the gun you are purchasing. .380 or .22 are also choices. There are other calibers out there, too. One issue with semiautomatic pistols is the fact that you really need to test the ammo to make sure it will function reliably in your pistol. So. . .

At this time, a revolver might be the better choice.

Note that smaller, lighter handguns in a given caliber will have more felt recoil. If the handgun is not going to be carried concealed, larger, heavier handguns would be easier to use in home defense.

RIFLES - The .22 caliber rifle can be relatively inexpensive, and there are many types to choose from. One of the most popular is the Ruger 10/22. It is a simple to operate semiautomatic. There are others, including its clone the Thompson Center T/CR22. The Marlin .22 is another choice which comes in several models. There are also bolt action and lever actions to consider.

If you can, get some dummy cartridges for whatever caliber you buy.

OK, you got your new gun and ammo, now what?

First - read the manual. It will instruct you on how to safely operate and clean the gun.

Third - since we appear to be getting more and more into lock-down conditions, there may not be a chance to actually go to a range. Do some dry firing: With no live ammo in the room, practice operation and trigger pull with  dummy cartridges or an empty gun.

OTHER considerations -
What are the laws in your state/locality?
This includes laws on purchasing, storage, carrying, and transport.*
Equally important are laws relating to use of deadly force.

How are you going to handle having a (loaded?) firearm in the home? Who will have access to it? How do you keep the little ones safe?

MAYBE its not too late. If you are going to do this thing, maybe now is the time.
- - - - - - - - - - -
*For example, Tennessee law generally allows carrying in a vehicle without a permit, but currently requires a permit to walk across a parking lot.

Thank you. That is a good introduction for new gun buyers.

Even a pellet gun is better than a snowball.